The system is my reflection on the ubiquity of technology. Human passion is an engine of development. Machines are not only counting devices for us anymore, they have become inseparable companions of life. This is how I perceive their interior and imagine the processes occurring inside them. The technique evokes extreme emotions in me. On one hand delight and admiration, on the other horror. It is a threat to our humanity. The pace of civilization changes is greater than the rate of the changes in social and human sciences. The way of formulating and forwarding of information transforms before our eyes. In the human technology system there is feedback in which man has ceased to be the stronger side.

The system is a series of 31 graphic objects with dimensions 57×75 cm, made in the technique of algraphy, etching, aquatint and linocut, presented in a block diagram. 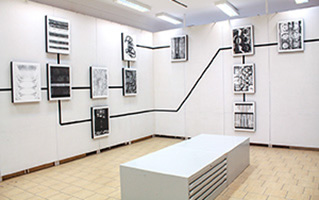 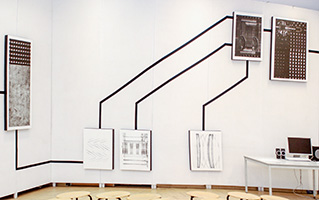 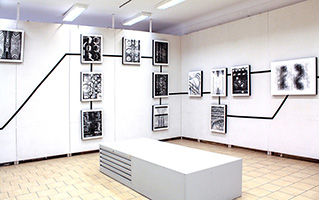